“Plaza Theatricals once again puts on a great production. Only this time, they have done the impossible; they’ve turned a mediocre show into a potential gem. Plaza truly is the Broadway of Long Island.” 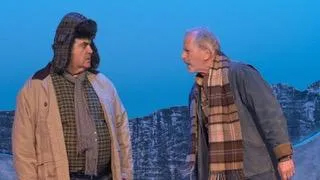 Plaza Theatricals and the genius that is Kevin Harrington manage to turn this lump of coal into a sparkling diamond. Plaza truly is the Broadway of Long Island. The scenic design by Joshua Warner and lighting design by Raj Budhram is Broadway caliber and award worthy. You really felt like you were transported to Wabasha, MN. The acting, once again, was superb. Bruce Rebold and Stephen Valenti were wonderfully cantankerous as Gustafson and Goldman. Last season, I had the privilege of seeing Mr. Rebold as the inspiring gentlemanly knight Don Quixote de La Mancha in Plaza’s last season production of Man of La Mancha. Now seeing him play the complete polar opposite with his character of John Gustafson, you really get to see his range as an actor. Cindy Baker truly inhibits her inner Ann-Margret as Ariel Truax, the object of Gustafson and Goldman’s affection. Baker and Rebold have a great scene together when they perform “The Mirror Lies”, a song that truly captures the horrors and insecurities of growing older. 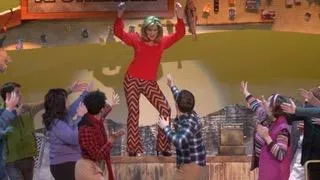 As I mentioned earlier, the true stars of this production are its secondary characters. Rudy Martinez, who I instantly recognized as the Season 1 winner from Food Network’s Halloween Baking Championship, brings great warmth and presence to the stage with his portrayal of Chuck Barrells. Matching his warmth is Kristin Litzenberg as Chuck’s cousin Punky Olander. Litzenberg brought a smile to every audience member every time she graced the stage. Aaron Robinson and Abby Docherty, both with beautiful voices, were excellent as Max’s son Jacob and John’s daughter Melanie. However, the piece de resistance, belongs to Robert Budnick as Grandpa Gustafson. He stole the show and had the audience in hysterics every time he was on stage. Filling the shoes of Burgess Meredith is no easy task; Budnick aced it. 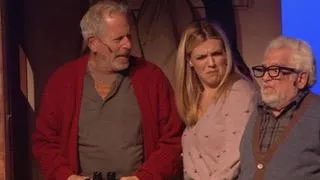 Plaza Theatricals once again puts on a great production. Only this time, they have done the impossible; they’ve turned a mediocre show into a potential gem. Long Island is lucky to have Plaza Theatricals and I look forward to seeing what they do next. 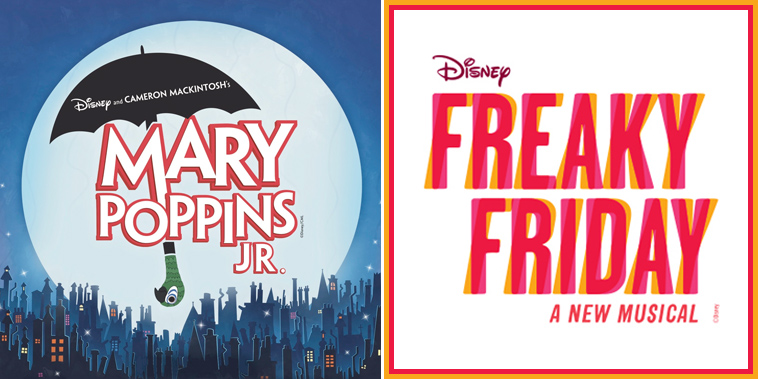