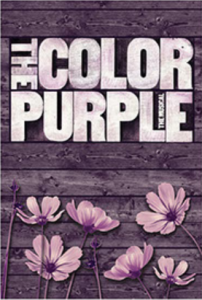 Alice Walker wrote in The Color Purple, “I think it pisses God off if you walk by the color purple in a field somewhere and don’t notice it.” In other words, you have to appreciate the beautiful, good things of life no matter how bad life may be. Readers, I’m telling you if you don’t make it over to Elmont and see the Long Island premiere of The Color Purple, you will be pissed you missed this truly beautiful production.

Based on Alice Walker’s 1982 Pulitzer-Prize winning novel of the same name, The Color Purple tells the story of Celie, a black woman from the south that experiences horrifically brutal abuse and bigotry over the course of four decades. Celie manages to persevere, no matter the obstacle, and continue to dream of being reunited with her loving sister Nettie. In 1985, Steven Spielberg adapted the award-winning novel into a brilliant film starring Whoopi Goldberg, Danny Glover, Margaret Avery and Oprah Winfrey. The film adaptation would go on to earn 11 Academy Award nominations including Best Picture. It unfortunately did not win a single award and still holds the record for a film to earn the most Oscar nomination and not win one. In 2005, The Color Purple made its Broadway premiere to lukewarm reviews and 11 Tony Award nominations including Best Musical (it lost to the juggernaut that is Jersey Boys). In 2013, a stripped-down revival, courtesy of Tony Award winner John Doyle, made its premiere at the Menier Chocolate Factory in London and transferred to Broadway in 2015. It would go on to introduce Cynthia Errivo to the world and win well deserved Tony Awards for Ms. Errivo and Best Musical Revival. Thankfully, Plaza Theatricals’ production of The Color Purple was akin to the revival, which allows the beautiful music, (by Grammy Award Winners Brenda Russell, Allee Willis and Stephen Bray), and book (by Pulitzer Prize winner Marsha Norman) to resonate in the hearts of the audience and soar throughout the theater.

Entering the theater, the set on stage is wonderfully simple and really packs a punch as you watch the production. It is just simple wooden planks that emanates an old wooden house. The cast carries out straight-back chairs that morph into farm tools, a bathtub, a jail cell, and more as the show progresses. Interspersed throughout the wooden house are gleams of light with a purple hue. It truly is brilliant because the set is a metaphor for Celie; the drab wooden house represents the cruel, horrifying prison (life) that Celie is trapped in and the purple light is the beauty that is surrounding her that she will eventually envelope herself in. Bravo to Director Mark Weekes, Scenic Designer Joel Schoenberger, and Lighting Designer Glen Davis!

In addition to the set, what truly makes this a fabulous production is the entire 16-member ensemble. Every role is perfectly cast. It’s very rare to see a production where every single performer on stage is wonderful. Leading the pack is the amazing Camille Capers as Celie. She gives an especially raw and powerful performance. Ms. Capers truly captures Celie’s transformation. Ellisha Marie is hilarious and brilliant as Sophia. She truly stops the show every time she is on stage, whether it be acting or singing. She is truly a transcendent force. Teisha Duncan is fantastic as Shug Avery and really brings down the house with her performances of “Push da button”, “What About Love?” and the title song. I would have loved to have seen what she could do with the two numbers from the film “Miss Celie’s Blues (Sister)” and “Maybe God is Tryin’ to Tell You Somethin'”. Maybe they will be incorporated in the upcoming film adaptation of the musical next year starring Fantasia as Celie, Danielle Brooks as Sofia and Taraji P. Henson as Shug. Serving as the show’s Greek Chorus is a trio of church ladies, played by Moriah Carey, NeLashee and Aniya Simmons; together they are the living definition of sublime. Najee Rawls has a beautiful voice and is magnificent as Mister/Albert. As I said, the entire ensemble is outstanding including Jahlil M. Burke (Harpo), Brianna Justine (Nettie), Ken Boyd (Ol’ Mister), Madison B. Harris (Squeak), LeVane Harrington (Grady), Joshua Shepard (Preacher/Guard), Troy Donell Staten, Jr. (Bobby), Elijah Stinson (Buster), and Vanessa Triplett (Olivia).

This production was by far the best show I have seen this season. With great direction, a brilliant set, and a strong ensemble, Plaza Theatricals ensures that The Color Purple is most definitely “Beautiful” and “Here.” Don’t miss it!

The Color Purple is playing at the Elmont Memorial Public Library through June 12, 2022. 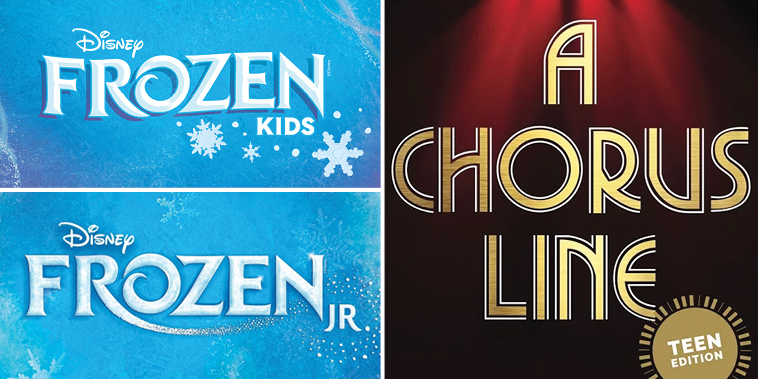